Progress toward decommissioning:Works to identify the plant status and toward fuel debris removal

In addition to decontamination and shield installation to improve PCV accessibility, technology was developed and data gathered as required to prepare to remove fuel debris (such as investigating and repairing PCV leak locations)

(2) Preparations for inspecting the inside of the PCV (identifying and repairing leaks, sampling surveys, etc.)

(3) Ascertaining conditions inside the core by leveraging analysis codes, and fundamental research for ascertaining the characteristics of fuel debris


Identifying and repairing leaks within the containment vessel 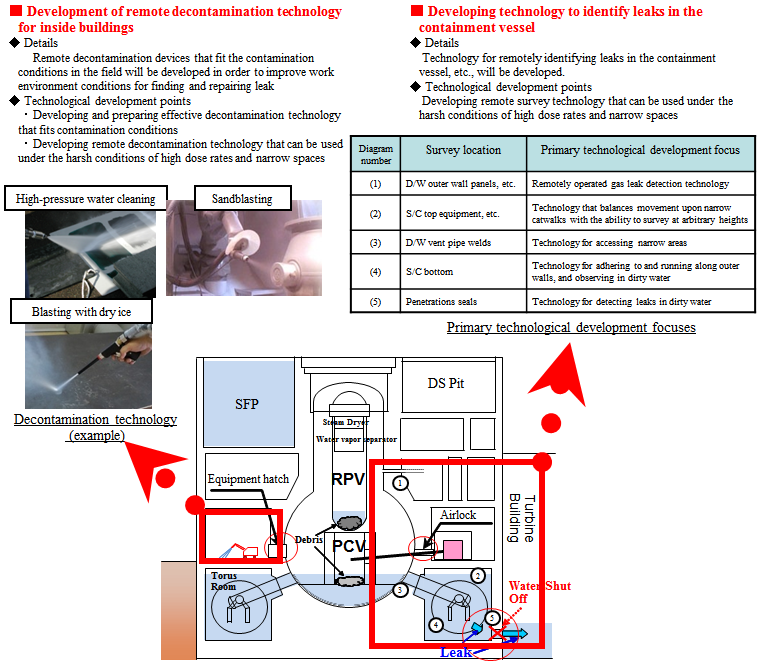 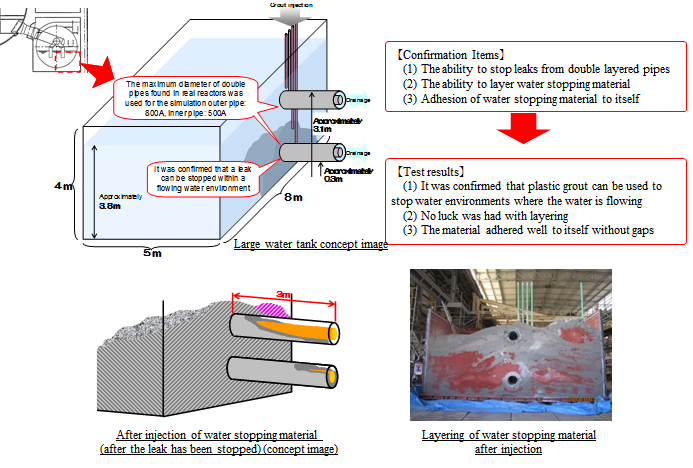 
Ascertaining and analyzing conditions inside the core


Preparations for ascertaining the characteristics of fuel debris and processing

Future issues and the direction of countermeasures